For the love of local 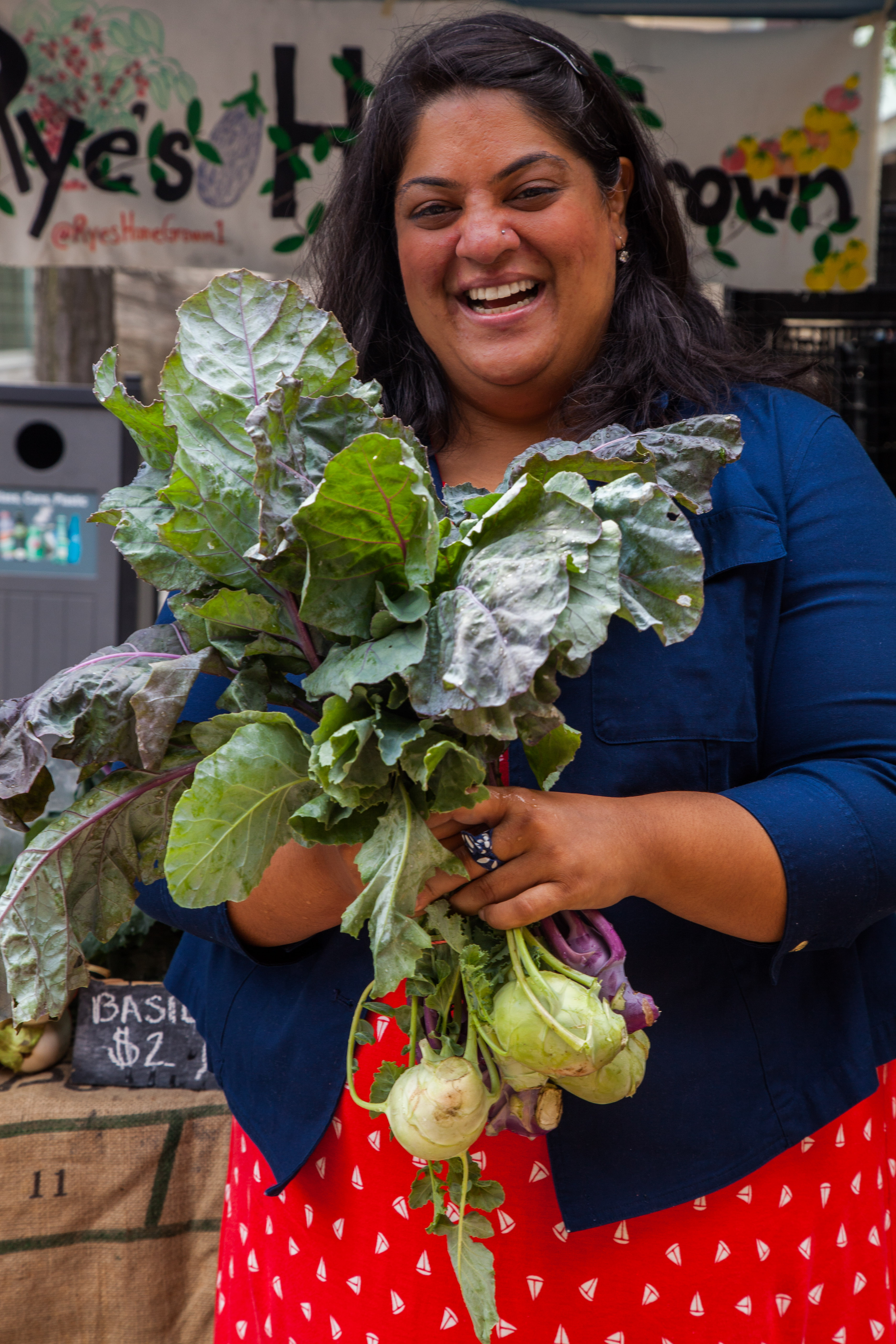 Joshna Maharaj has a message for anyone who’s suffered the disappointment of hospital food. “Be angrier on that feedback form! Tell them exactly how you feel.”

Problem is, she says, you get that feedback card after your stay, when all you want to do is get home. “So you’re in a hurry, and you think, oh you know, for hospital food it wasn’t that bad. But for real food, it’s terrible!”

Maharaj is not one to mince words. And she knows a thing or two about institutional kitchens. She was the chef for food-justice advocacy group The Stop Community Food Centres for three years, where she pushed for increased access to healthy food through a variety of programs and community services.

Since 2011, the activist-chef has helped turn food programs around at Scarborough General Hospital and SickKids, bringing more local food to the menus and re-igniting a passion for scratch cooking among the kitchen staff. Her good works have been made possible by the backing of the Greenbelt Fund—and her successes are inspiring more institutions to boost their local-food sourcing.

She’s now doing similar work at Ryerson University, where student dissatisfaction with the food program made front-page news in 2013. She’s garnered her own press, being named by The Toronto Star as a “one to watch” in 2012.

For Maharaj, food is deeply personal. But when big business is involved, she says, food and nutrition are viewed as costs to be managed rather than as the vital soul- and body-nourishing elements of nature. This makes her crazy.

She remembers walking into the kitchen at Scarborough General and finding no evidence of salt, oil or knives. So how did staff cook? They didn’t; they heated things up. A massive walk-in fridge had become the place where Jello sat to firm up. The huge oven that used to bake the dinner rolls was dormant. “I saw how the industrial food system had sucked the soul out of a kitchen,” she whispers, as if telling a ghost story.

At SickKids, backed by a grant from the Greenbelt Fund, she sourced new local suppliers and worked to educate staff about the health benefits of fresh produce.

“My thought was, for every kid in here, there’s at least two adults who aren’t going anywhere, and they need good, nourishing food.” Maharaj connected SickKids with The New Farm, a small organic operation in Creemore, just outside the nearly two million acres of permanently protected farmland and green space known as Ontario’s Greenbelt. The New Farm received Greenbelt Fund assistance to help it align its products with the needs of institutions.

Maharaj has taken hospital staff to meet farmers Brent Preston and Gillian Flies and learn where the food comes from. “I'd never before considered the farmer-to-patient relationship. It was only when I saw Brent and Gill's eyes bulge out of their heads at the idea that the food they're growing would be served to patients to get better… and they were so jazzed.”

During these visits, she saw the impact on her team. “I could see good-food light bulbs go off above their heads,” she said. “One of the tray assemblers, who puts food on the trays for patients, looked at me and said, ‘I would be proud to serve these vegetables to people.’ At which point tears are streaming down my face.”