To cap off Local Food Week, the Toronto Star featured a look at the strong consumer demand for local food and the efforts supported by the Greenbelt Fund to meet this demand. This feature originally appeared in the Toronto Star on Saturday, June 10 2017.

In the latest Toronto Star feature exploring all things local food across Ontario, a look at the growing market for locally-produced organic food. This feature explores the economic opportunity in meeting the demand for organic food with Ontario-grown and raised choices. 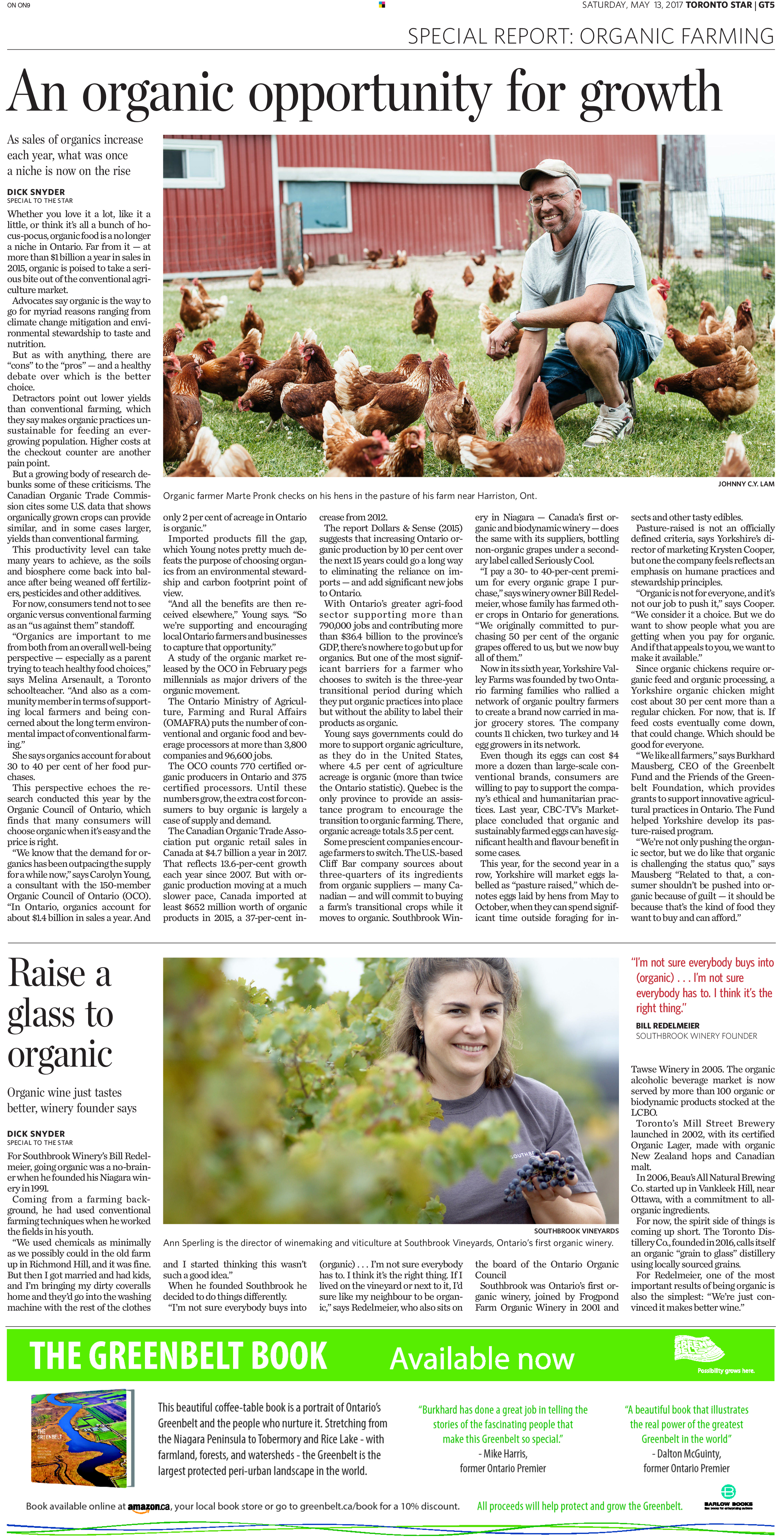 "In 2015, Halton Healthcare got onboard with Ontario's Local Food Act and created a local food procurement statement to promote the use of local food in its hospitals."
— Vawn Himmelsbach for the Toronto Star

Getting more fresh, local Ontario food into hospitals is a challenge, but innovators and leaders in the industry are rising to the challenge. Halton Healthcare has incorporated Ontario foods into its menu year-round, and St. Michael's Hospital worked with George Brown to develop more from-scratch recipes for its patients. This feature originally appeared in the Toronto Star on Saturday, January 7, 2016.

Toronto Star Features the Economics of Local Food in Ontario

"To say that Ontario's agri-food industry is an economic powerhouse may sound like hyperbole, but in fact it's something of an understatement."
— Dick Snyder for the Toronto Star

Indeed, our agri-food sector generates $63 billion in sales to consumers each year, and employs 767,000 people. In this double-page feature, read about the financial benefits of fresh, homegrown food; farmers' stewardship of the land; overcoming the challenges of bringing food from the farm to the table; and why fostering food literacy at the grassroots level benefits the province and Ontarians at large. This feature originally appeared in the Toronto Star on Saturday, December 3, 2016.

Savouring the true taste of Ontario: craft beverages featured in the Toronto Star

For the love of local