Rethinking the path to your plate 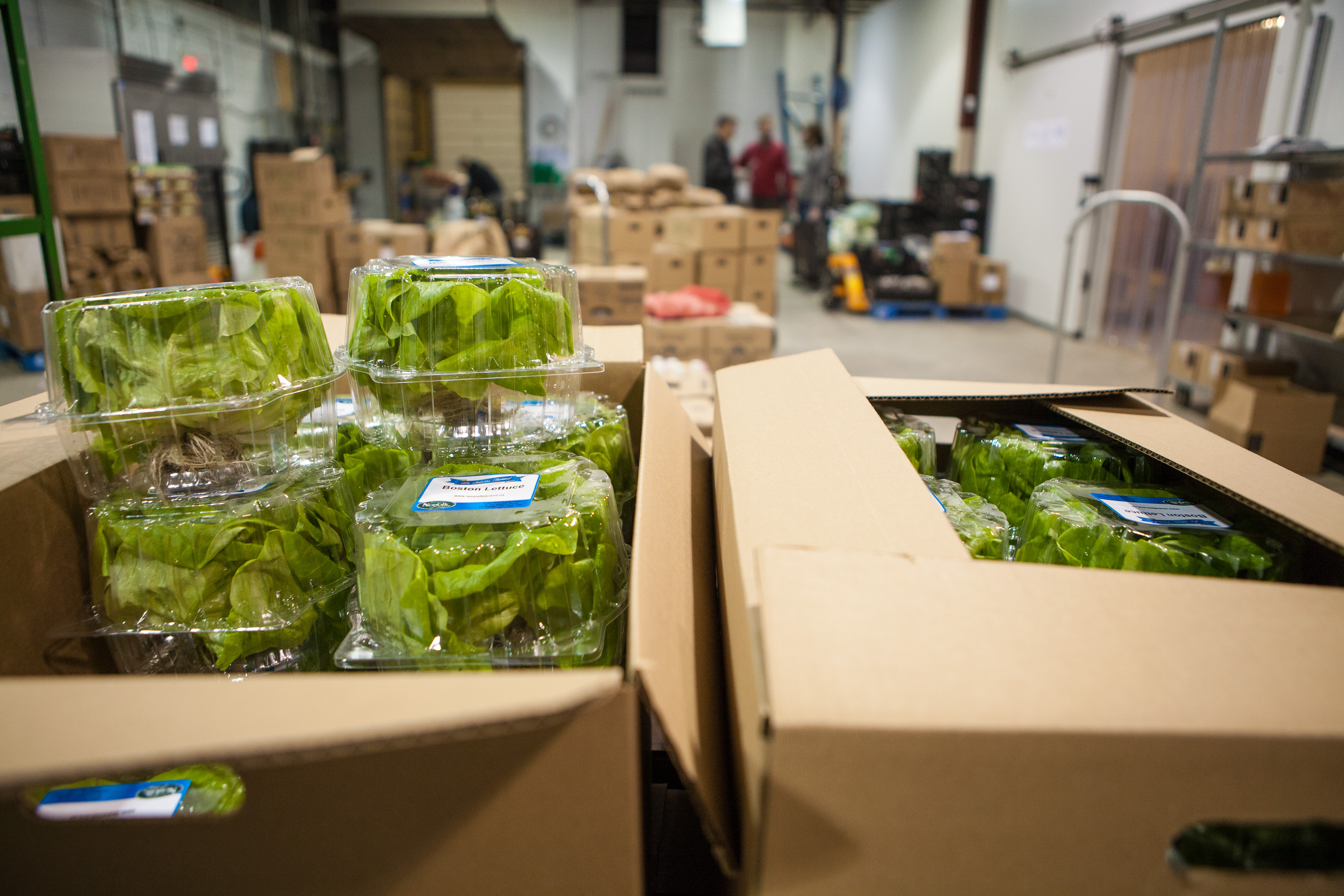 It’s all well and good that there are more than 52,000 farms in Ontario producing everything from vegetables and dairy to meat and grains. The real challenge is getting this food to the folks in Ontario who want to eat it.

To be sure, distribution isn’t the sexiest element in the local food equation, but it may well be the most important. Even 100-kilometre food needs to catch a ride to where the action is.

But, like most big business, it’s all about volume as the path to efficiency. In Ontario, a few food distribution channels control the majority of the food supply. In retail, four companies carry most of the volume, and there are just eight distribution companies delivering that food supply.

This system does not favour small and medium-sized farmers, though these represent more than 80 percent of Ontario farms. Sound like a problem?

Enter the Greenbelt Fund, which is all about connecting local food leaders and Ontario and Greenbelt farmers to public institutions, retail outlets and food markets. It sounds easy enough, but modifying the old ways of doing business and creating a leaner, smoother, more transparent system takes time and money—and some considerable will.

Greenbelt Fund grants are helping to make it happen. Ten years ago, legislation was put in place to establish Ontario’s protected Greenbelt lands, now covering almost two million acres, as a catalyst for initiatives to strengthen the viability of local agriculture. In 2010, the Greenbelt Fund was created to further support agriculture in the Greenbelt and throughout Ontario. Its mission is to provide grants to projects designed to boost consumption of Ontario-grown food in the province, especially in the broader public sector.

With support from the Ontario Ministry of Agriculture, Food, and Rural Affairs, the Greenbelt Fund has granted more than $8 million, resulting in about $63 million in increased sales of Ontario-grown food. For every $1 invested, an economic benefit of more than $7 is realized.

Today, we seem to be on the right path. But jump back in time, maybe 10 or 15 years ago, before the locavore movement hit its stride. Do you recall seeing the word “heirloom” on the menu in front of “tomato salad”? Or the name of the farm where the cow that provided that ribeye was raised?

You didn’t, partly because nobody knew for sure where the food came from—the box might say “Ontario,” but that was about it. Fast-forward to 2015, and putting the stamp of provenance on food is not only expected, it’s an important part of food safety and traceability.

“Local” is no mere token, it’s the wave of the future.

“I see [local] becoming a part of the landscape,” says Peter Bozzer of Gordon Food Services, one of North America’s largest food distribution companies, with sales in Ontario of about $800 million.

“We're going past using the verbiage of ‘trend.’ I refer to it as a movement and I believe that it has permanently changed the landscape of how our customers do business, and how consumers do business.”

A family-run company, Gordon Food Services has been operating for more than 115 years. It’s embracing local, with the help of the Greenbelt Fund, by revamping it’s ordering, tracking and labeling systems. As it had never been protocol for distribution companies such as Gordon’s to identify the origin of food, it was impossible to pass this information on to customers.

Bozzer was hired about a year ago to be the company’s local food specialist, developing new relationships with farmers and other local food champions and also getting the word out that it’s no longer business as usual.

Through the partnership with the Greenbelt Fund, he says, “we now have the ability to provide clarity to our customer with respect to local foods. So when they order through a sales rep or our online ordering system… and they punch in "carrot,” 40 different items come up, and they can distinguish the local from the imported.

“Since 2010 we have doubled the amount of products of Ontario that we offer our customers,” says Bozzer. “Our local sales are growing at more than 20 percent over the previous year, with no signs of slowing down. That is a direct reflection of the increased interest in local food as well as our expanded product offering."

He adds emphatically: “This is not a ‘project’—this is now ingrained and it's the way we do business.”

Bozzer notes that one of the most important contributions of the Greenbelt Fund to the Ontario food industry has been its role as catalyst and connector, bringing farmers, foodservice companies and consumers in the broader public sector together to exchange ideas and find new ways to work together.

Paul Sawtell at 100km Foods, a small but growing distributor focused on smaller farms, feels the same. Sawtell throws an annual “mixer” in which he invites his farmer vendors and restaurant and institutional customers together. Something good always happens.

“We bring the chefs up to visit the farms,” he says. “We don't want to be nameless, faceless intermediary. Everyone benefits when everyone works together, and know where their food is grown.”

Sawtell and his wife, Grace Mandarano, started 100km Foods in 2008 after leaving their jobs in the pharmaceutical industry to work on something closer to their hearts. 100km Foods is an aggregator, picking up food from small Greenbelt and Greater Golden Horseshoe farms and delivering it directly to restaurants and small retail stores. With the help of the Greenbelt Fund, their reach is expanding.

Being relatively small, 100km’s strength is that they can offer rapid delivery, specialty items and guaranteed freshness. But scaling up has been a problem. Having launched their business with just two trucks to do pickups and deliveries, says Sawtell, “we’d go from zero to 100 percent inventory, then to zero again.”

With a Greenbelt Fund grant, he was able to buy two more trucks, which allowed him to keep a steady supply coming in and going out. In turn, this allowed him to add more farms and service a larger area beyond the GTA. Twenty-three producers have been added to their roster, along with 58 new customers.

“It took five to six years to become financially sustainable,” he says. From first-year revenues of $242,000, 100km Foods’ annual sales are now $2.3 million.

While 100km Foods is still a tiny fish in a really big pond, that’s not such a bad thing. In a pilot project, the Greenbelt Fund helped bring 100km together with large-scale food distributor Sysco, essentially combining the best of both worlds. 100km Foods sources product from its small-farm partners, and Sysco uses its logistical might to get it to institutions.

In effect, two competing companies are working together for the greater good. Co-operative and efficient, it’s a partnership that would have been unfathomable just a few years ago.