The Brewery Discovery Route wanted to celebrate the businesses along the route by running a contest that rewarded the business that customers tagged the most on Instagram and Twitter. 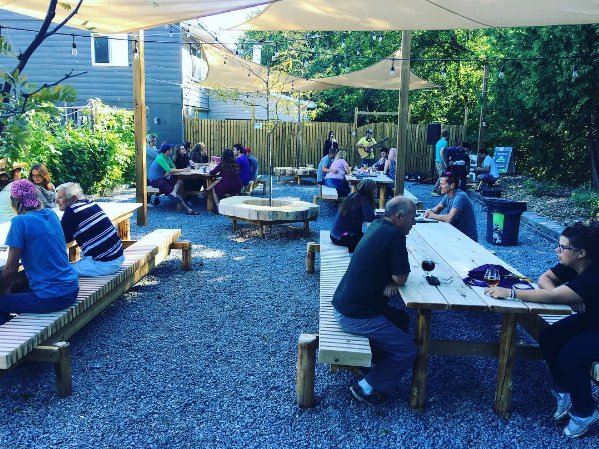 The Second Wedge Brewing Co. was one of the nearly 150 craft beverage producers on the 2016 Brewery Discovery Route. The brewery was named after the second wedge of the Oak Ridges Moraine to honor the many offerings the Oak Ridges Moraine provides: from clean drinking water to recreational opportunities, in the form of amazing landscapes to walk, hike, ski and cycle. Preserving this area is critical to keeping healthy eco-systems, and for our farmers to continue to produce locally grown food.

To gain a better understanding about what makes The Second Wedge a memorable and delicious place to visit, we interviewed Joanne Richter, one of the co-founders of the brewery. Joanne and her husband have always into beer, but they wanted to create a business that was part of the community they lived in and to help enhance the community they are part of.

With support from the community and the helpful advice of other Ontario brewery owners, Joanne and Rob were able to open The Second Wedge Brewing Co. in their hometown of Uxbridge. The brewery offers many delicious craft beers, from IPAs and Scottish-style ales to a saison that is brewed with lemongrass, ginger and orange peel and a porter that has notes of coffee and dark chocolate. There are plenty of craft beers to choose from!

To add to the delicious experience, at the brewery you will find a bright sun-filled tasting room that overlooks a rural/industrial corner overlooking train tracks in downtown Uxbridge. 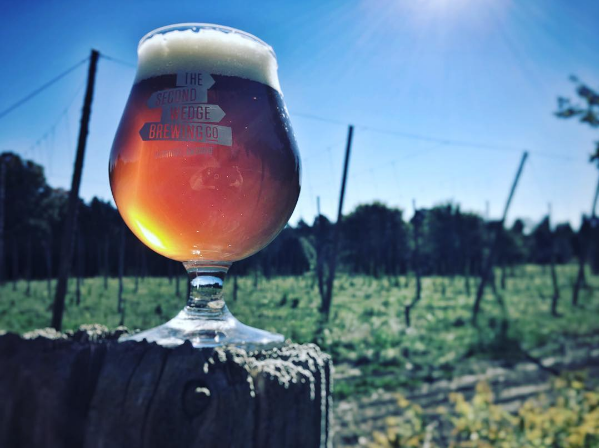 As Joanne points out, visiting a brewery like The Second Wedge is important because “more money will stay in the local economy, smaller breweries employ people who live in the community, and it’s great for tourism”. Ontario’s craft brewing sector is thriving, stimulating economic growth across the province with an estimated broader economic impact of $600 million annually, and creating 5,600 indirect brewery jobs. Now that’s something to raise a glass of craft beer for!

At The Second Wedge, Joanne and Rob even incorporated locally grown hops into their fall seasonal, with fresh-picked varieties from 6th Hops in Uxbridge!

Congratulations to The Second Wedge! To celebrate, Joanne and Rob took the staff of The Second Wedge on a craft brewery tour to enjoy what other local business are brewing.