During the next several months, stories highlighting the significant economic impacts, innovative projects, and leadership of Greenbelt Fund grantees will be appearing in some of the province’s most read agriculture publications, including The Grower, Ontario Farmer, Better Farming, and Country Guide East. We’ll be celebrating the success stories by publishing them here as well. 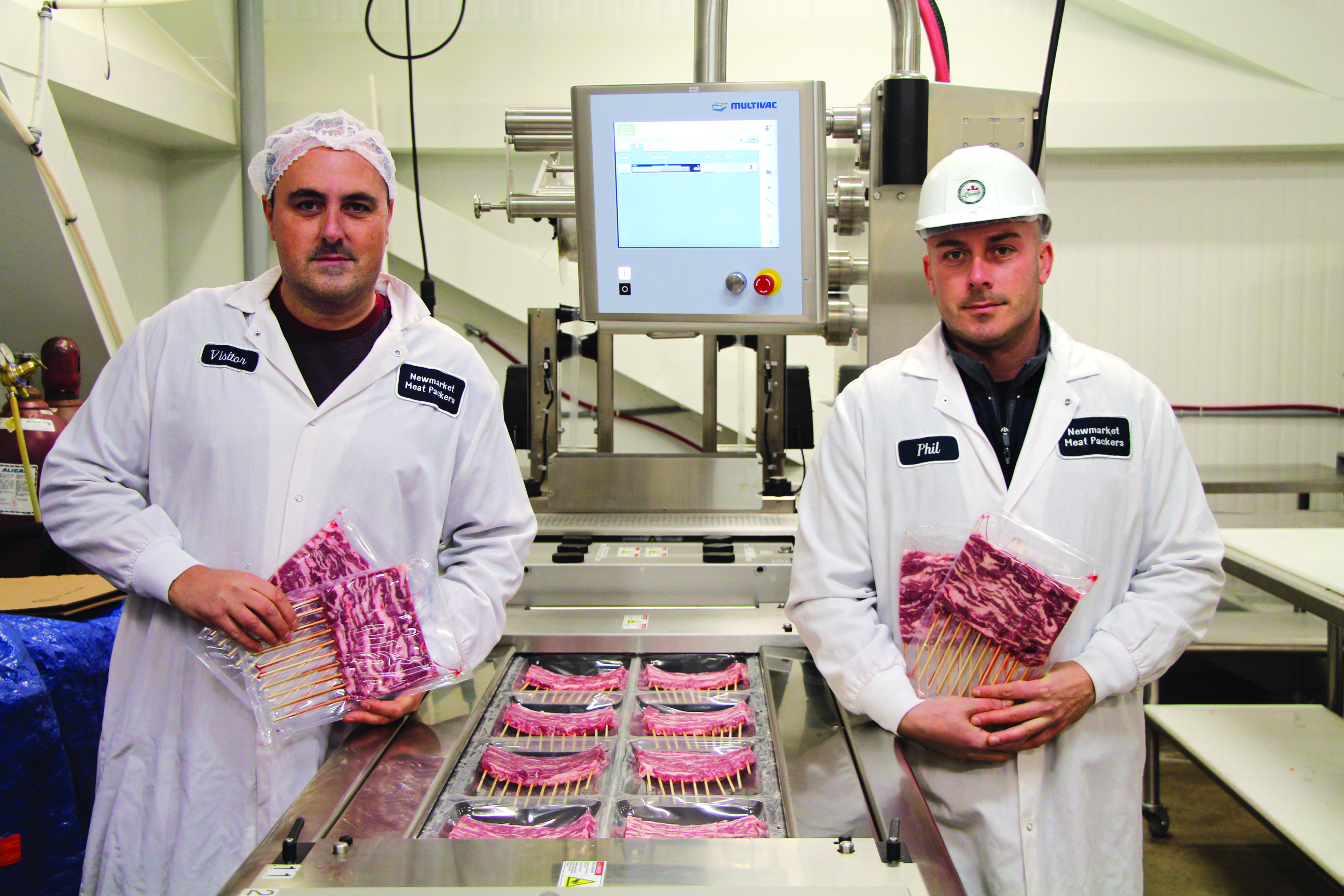 Caption: Owner Nick D’Elia with brother Phil of Newmarket Meat Packers in the plant with the new packaging machine.

The demand for quality lamb in Ontario has been steadily increasing, and has outpaced supply

Ontario and Greenbelt lamb producers have struggled to match the demand with a supply of consistent, high-quality, locally produced lamb. To be successful, Newmarket Meat Packers (NMP) recognized they needed to reevaluate how they sourced lamb – to improve quality, consistency and adapt their plans to satisfy the supply chain.

NMP is a family run abattoir that has been in business since 1968 in Newmarket, Ont. They are the largest abattoir of its kind in the province providing slaughter capacity for lamb, sheep, goat and veal.

"NMP has always had issues sourcing a lamb supply of consistent quality," says Maggie Pearce, Project Coordinator at NMP. “Our customers are asking for lamb that is sourced locally (born and raised in Ontario), fresh and has a long shelf life."

A think tank was created consisting of lamb producers, processors and retailers, with the help of the Ontario Sheep Marketing Agency (OSMA) and the Greenbelt Fund to share knowledge on supply and quality.

"It provided strong insight for lamb producers from processors and retailers," says Jennifer McTavish, General Manager at OSMA. "There was frank discussion and it was eye opening for everyone."

Following the think tank, an action plan was developed based on the feedback provided.

With support from the Ontario government, the Greenbelt Fund invested in NMP to help them to purchase a delivery truck and a rollstock machine, a unit that deprives packaged meat of any oxygen, thus eliminating bacteria and extending the product’s shelf life. A longer shelf life means Newmarket Meat products are now a more viable option for grocery stores. The new packaging has meant less waste going to landfill.

"The support from the Greenbelt Fund provided the equipment and expertise to make meeting our customer demands of quality and safety much easier," says Pearce. "This is a good news story for the abattoir and lamb industries in Ontario."

"We listen to our customers and try to give them what they want," says Nick D'Elia, a partner at NMP. "Newmarket Meat Packers has been in business since 1968 and we aren’t going anywhere."

The Greenbelt Fund is investing in the agri-food system, not just in the Greenbelt, but across the province. It connects people throughout the food supply chain and provides investments at critical points to encourage more use of Ontario and Greenbelt-grown food. At nearly two millions acres of protected green space and fertile farmland, the Greenbelt is a catalyst for strengthening the viability of agriculture across the province.